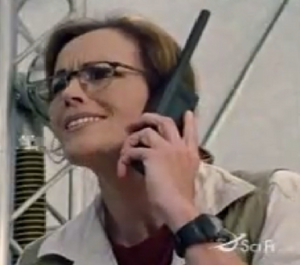 Dr. Donne Debevic is a character from Tremors: The Series episode The Sounds of Silence. She was studying the sounds that El Blanco was making. She heard some very unusual noises, much like some insects make. She was instrumental in stopping the Termaggots from destroying all of Perfection and killing its residents.

She was probably meant to showcase the various scientist's that came through Perfection, Nevada to study it's habitat or Mixmaster.